As humans, we’re better together. An ancient proverb puts it this way:

Today there’s no better way to stay sharp than a small-group masterclass.

This post is the last of a three-part series. In the first, we saw why masterclasses can be so effective for growth. In the second, we saw the first two of three strategies for maximizing your masterclass experience.

Today, we’d like to conclude by talking about the secret sauce of MOXIE’s Masterclasses: our systematic program for skill building. (We’re just 3 weeks away from the first Speak with MOXIE Masterclass; and only a few more days to secure your early applicant discount!)

In the last post, we identified two strategies to get the most out of any masterclass setting: expecting transformation and drawing on the wisdom of your peers.

The final strategy became clear to us as we finalized MOXIE’s exclusive process, because it’s a strategy that typically goes overlooked both by masterclass participants and coordinators.

What’s that mean in practice? Plan for success and then commit to each step along the way.

We can’t help but sympathize with Maya, who joined a firm’s mastermind only to find that the group conversations were left adrift.

“I was expecting rocket fuel. Instead, I got a cup of watered-down Kool Aid,” she told Entrepreneur magazine.

At MOXIE, we take a different tack. We’ve structured our 12-week program around the proven system we use in our 1-on-1 coaching. We’ve seen why it’s vital to manage growth, starting from the beginning and moving from strength to strength.

Plan your work and work your plan, as the saying goes.

As humans, we need systems for a very simple reason: elite public speaking is a complex skill. And like any skill, it takes time and deliberate practice to develop.

Fia likes to talk about “building your speaking muscles.” Would anyone walk into a gym, corner a trainer, and say “I’ve got two hours, make me a bodybuilder.” No chance!

We intuitively understand that bodybuilding takes time. The same is true for speaking skills.

That’s why we’ve built our program around 12 weekly sessions, each progressing on the last. 12 weeks is just enough time to space out your practice to solidify growth, but it’s also short enough that, in just three months, you’ll have joined the ranks of the best-trained speakers in the world.

The third strategy for a successful masterclass experience, then, is the simplest: commit to completing each step of the process.

When we think about why planned growth is so essential, we think back to a C-suite exec. Fia coached from one of the largest tech companies on the planet.

This client was in charge of conducting a large number of all-hands meetings throughout the year, typically speaking in front of thousands.

One problem: no one could understand him!

He mumbled. He spoke fast and soft. His thick Indian accent made it hard to understand the few words that were heard. For someone whose job required so many presentations, it was mission critical that he improve his delivery.

So we made a plan and then worked it.

We started where we always start: at the mouth. We talked about enunciation and projection. Then we covered his cadence and his rhythm. We progressed to making the text of his speeches more conversational. And on and on until finally, he unlocked a level of performance that completely changed his career and his events.

We tailored his program to his most pressing needs. We took it step-by-step, and in the end, over the course of several months, we found the transformation he wanted.

That same, methodical care is what drove the design of our masterclass.

If that approach to structured excellence sounds appealing, click here to claim your early applicant discount.

We challenge you to find 12 weeks more transformative than the MOXIE masterclass. Spaces are filling fast for our exclusive 2018 program led by Fia herself!

And in case you missed them, be sure to check out the first and second parts of this three-part series. 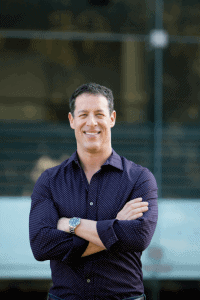 Do you need slides? When Ro works with you on your presentation, keynote or speech, he’ll challenge you to find the core of your message, the soul of your story and handcraft it until it can stand on its own. Only then will the magic of enhancing your presentation with slide design, presentation skills and creative ways to engage your audience begin. His mantra is “follow the story, not the slides.” Did we mention… Read More

Karen is an EMMY award winning broadcast journalist, corporate communications professional and executive coach working with CEO’s and C-level executives at leading companies around the world. After a distinguished career as co-anchor of The Ten O’clock News in Boston, she transitioned into the corporate world, building dynamic internal, external and executive communications programs. Karen specializes in… Read More

Jeremy is an avid learner. His humble manner coupled with an insatiable hunger to learn from anyone has resulted in a prolific array of experience and expert competencies. At 17 years of age he decided to devote himself to serving the needs of others in a voluntary ministry. In his volunteer and secular work, he has honed his speaking style to not only…Read More

Write With POWER:
Learn Persuasive Writing
That Makes An Impact

Move entire audiences to action with your words!

You can see how this popup was set up in our step-by-step guide: https://wppopupmaker.com/guides/auto-opening-announcement-popups/