Have you ever sat in the audience of a presentation and the speaker walks on and before they even start speaking you can tell they’re nervous?

What does that do to your perception of the speaker?

Well if you’re like most of us, either you feel nervous for them or you start to discredit them because they’re nervous or you feel sorry for them. What a shame this is! Just because the speaker’s nervous! They could have 12 PhDs and we’re already deciding, Eh, this person doesn’t know what they’re talking about.

How many of you have been in the situation when you were that speaker?

Today we’re going to talk about how to counteract your body’s natural fight-or-flight mechanism and make sure that you command the space. Stay tuned.

Hey everyone, I’m Fia Fasbinder and welcome to Moxie Talk where we help you find your voice share your message, and lead with confidence. Today we’re talking about your body on fear.

Tips To Exclude Confidence And Authority

They’re all related to the idea that we are not supposed to be standing giving a presentation. We are supposed to be running away from that saber-toothed tiger or climbing up a tree to hide. We are literally supposed to –

Unfortunately, we are stuck there giving a presentation. So what happens to our body? Some of you might recognize these just awful things that happen when you’re nervous, to your body.

The first that happens for a lot of people is dry mouth. Do you get dry mouth when you’re presenting?

You know why? This is pretty crazy—When your body goes into fight-or-flight, your body starts to pull all of the blood away from any parts of your body that are unnecessary to fight, flight, or freeze.

Spit or saliva. So we get dry mouth.

And this is just an awful thing that happens to a lot of us when we start to get nervous.

Another thing that happens to some people is shaking. Do you ever see a speaker shake? Do you shake and you don’t know what’s going on?

Same thing—your body is shaking because all that adrenaline has hit your limbs and you’re supposed to fight or flee but instead you’re staying still.

The other crazy thing that happens is deer in headlights or forgetting what to say. Now this happens because—I mentioned last time that all the blood is coming away from the parts of your body that aren’t necessary for fleeing or fighting—well one of those parts is your lovely pre-frontal cortex.

Your prefrontal cortex is responsible for logic, rational thought, memory, and when the blood flow comes away from there, our memory decreases by up to 75%. So there you have it—like all these crazy things that are happening to our body because of our fight-or-flight mechanism.

Now the other one that happens and this is major and this might be what you thought about when I said what happens when a speaker walks on and you can tell they’re nervous before they’ve even started speaking —for a lot of us our bodies get small, like, we turn in.

The reason we’re doing this, again, that fight-or-flight mechanism is telling us to hide from a predator, hide from anything that might attack us, and get small.

Obviously, we’re not hiding. We’re giving a presentation. Everyone can see us.

But our lizard brain, our ancient brain doesn’t know that and it’s starting to make you small so that you hide from those predators.

All in all, this is showing you that all of these funky things that happen to our bodies because of fear, because of stage fright are caused by this ancient reaction to what our brain senses is a threat.

Most of the funky things that I mentioned that happen to your body can actually be solved by breathing. Diaphragmatic breathing is the key to bringing your body out of fight-or-flight.

I posted a video that you can watch all about how your diaphragm works, why it works, and how to use it.

So if you have a dry mouth, if you’re shaking, if you can’t remember what to say, if your heart is racing, all of these can be solved by using your diaphragm—learning to use your diaphragm.

We need to talk a little bit about body language tactics.

How Body Language Affects You

Psychologists have an acronym they call CTBA and

But myself, a lovely woman named Amy Cuddy, and every actor I know in the world actually thinks that it’s CBTA:

meaning you change your body which changes your thoughts which actually changes your actions. So let’s look at how to do that.

I’m going to start by talking a little bit about Amy Cuddy’s research into power posing. Amy Cuddy took a group of participants and she split them into two groups. One group had to do a power pose for two minutes a day and the other group didn’t.

The group that did the power pose had to do any pose that really expanded their body right (Hands stretched upwards or sideways), notice that my chest cavity is nice and open and I’m really big, the other group didn’t.

Since this social study was done, the social experiment nobody has been able to prove exactly these same amounts of hormones however it has been proven over and over that changing your body language makes you feel more confident.

What does this mean about giving a presentation?

Those speakers we talked about earlier that walk on super nervous?

They are crazy nervous because it’s the first five minutes of their presentation and they’re not even thinking about what their body’s doing.

They’re not even aware that they’re getting small—they’re just doing what their body naturally does when it feels scared. However…

Awareness is the key to changing any behavior.

How To Change Your Body Language

Next time you’re going to give a presentation you know those first five minutes you’re going to be crazy nervous. Instead of doing what your body naturally wants to do which is get small, you’re going to have to do some faking it till you become it.

Meaning, you’re going to fake the body language of a confident person until you start feeling confident and then that audience is going to say, ‘Oh my gosh! look at that confident speaker! How come she’s never nervous?’ They have no idea that you’re nervous because you don’t look nervous.

How does this relate to actors? I told you every actor in the world does this.

When I was an actor, I studied method acting. Method acting is literally trying to become that character, living like that character. If I had to play a confident person, somebody that was you know really Mad-Moxie, what would I do?

So whether you are adopting Amy Cuddy’s mentality or you want to create a persona for yourself that’s confident—faking it till you become it—donning the body language of a confident person in the first five minutes when you’re super nervous will definitely help you reverse this fight-or-flight mechanism that happens to a lot of us when we’re presenting.

Now we’ve talked up about a lot of these crazy body language signs that happen when you’re all jacked up on fear—you know that you need to work on your diaphragmatic breathing.

Fake it until you become it!

The other advice I want to leave you with is really just mindset.

You know, use these body language tactics but also use your mindset so that you tell yourself over and over,

Whatever it is that makes you feel like that person that’s confident, that goes big, that gives a killer presentation.

There you have it—some tips to help you make sure you’re not showing your body on fear next time you give a presentation.

If you want more information about how Moxie can help you master professional executive presentation training then check out our advanced presentation skills training page or book a call! 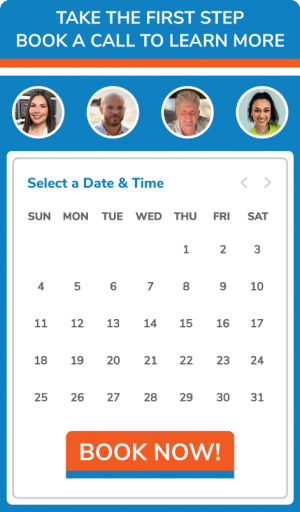